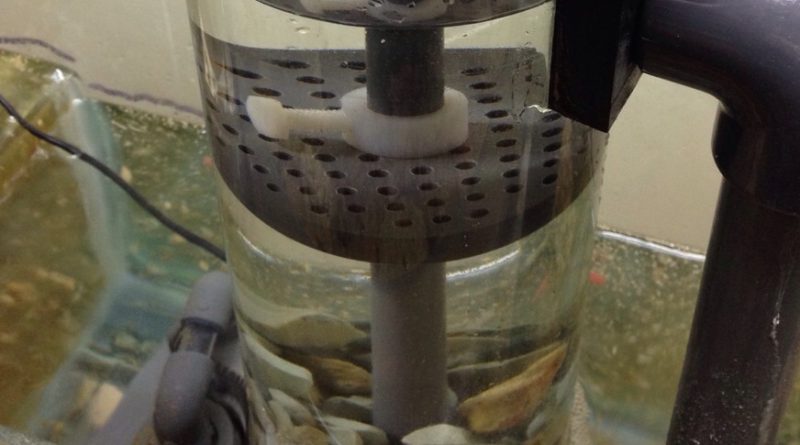 Zeolite Reactor: how it works and calibration

In this article we will see the operation of a reactor of zeolite, such as install it and use it properly. For further clarification on the use of zeolite can visit this article.

A zeolite reactor is a very simple tool that has the function of inducing a forced passage of water from the bottom upwards through the zeolite. The water flow is rather limited, depending on the case  from 100 to maximum 400 liters / hour.

In its most basic form it is represented by a transparent cylinder with closed bottom and open air, equipped with a perforated plate connected to a handle in order to be lifted and shaken. A small regolable pump provides a continuous load in the reactor that will drain to overflow from the top. 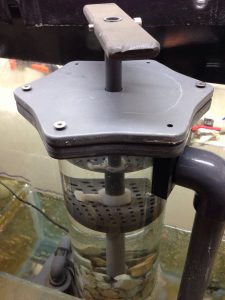 Today the reactor zeolite has evolved up to the dual-chamber models that greatly facilitate the operations of scroll speed and replacement of zeolite.Best models can be totally automated so that users can set the time intervals to shake

Zeolite Reactor normally is installed inside the sump and, having an indipendent pump, its operation is not affected by the water level in the sump (as long as the pump is able to draw ) . You can put the point that it is more convenient , keeping in mind to be agitated daily and zeolite replaced monthly or quarterly

Installation is very simple : once mounted the reactor , we proceed to place it in the sump , turn on the pump and load it with the correct amount of zeolite , according to the inhabitants of the tank and the management method chosen . In the case of Zeovit using 1 liter of zeolite ( 1 bag ) per 400 liters of water. 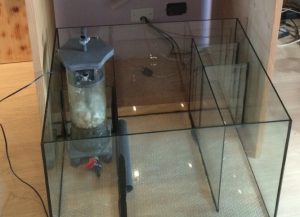 The most important phase is the flow control. You need a chronograph, a jug of at least 2 liters and a calculator , if you are poor at math like myself. Generally it start with 100 liters / hour because the zeolite is extremely efficient in removing nitrogen compounds and the risk of damage to the corals . Surely you have noticed that the pump of your reactor is equipped with a tap or dial to adjust it, take it more or less in half and start measuring how many seconds it takes to fill the jug of 1 liter.

For example this can take 12 seconds to fill a liter (3600 : 12 ) means that the flow rate is 300 L / h . Now you have a starting point , simply increase or decrease the valve opening and re-check the flow with the clock , until you reach the one you want

The in-depth discussion on the use of zeolite in ZEOvit is addressed in the section dedicated to the method , however, the zeolite is also useful in other management methods such as Berlin or methods to bacterial reproduction DIY , as the method vodka . There were drawbacks in tanks dsb which by their nature are based on maintaining the highest levels of nutrients . 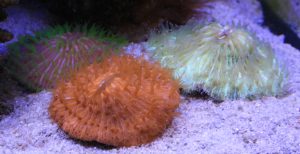 Finally a small practical note : The bags contain zeolite sizes ranging from a few centimeters to a few millimeters , generally tends not to enter the smaller pieces as they often clog the holes of the plate or are blocking the flow in the case of a single reactor room. The so-called sand of zeolite can be inserted in a special sock before being introduced into the reactor , or if it has the important quantities can be used as a substrate for refugium or taleari . Recently the Korallen Zucht is selling a reactor zeolite automatic and simultaneously have also appeared packs of zeolite selected , with size larger and without grains.