Zeofood is a zeovit basic supplement, used in association with ZeoBak of which represents a coadjuvant, indeed it is a souce of highly bioavailable nutrients and organic carbon. Those elements are fundamental for a fast settlement and reproduction of new bacteria. 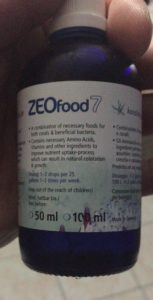 Nowadays Zeofood is becoming obsolet and lots of reefers progressively reduced and stopped dosing it, also KZ declared that zeofood’s function can be replaced by Zeostart 3.

Personally I still use it in accordance to the protocol, this decision is due to my experiece: I noticed in my tank and in some friend’s tanks that the suspension brought to a massive reduction of bacterial colonies. This reduction is revealed by a generalized and substantial darkening of sps corals, moreover we also observed a decrease of the bacterial particulate relased in water during the shaking of the zeolith.

In my opinion zeostart can virtually replace zeofood but indeed this is impossible because zeostart can’t be dosed at the same time of zeobak, since it could cause a bacterial explosion due to the high carbon concentation. This explains the usefulness of zeofood, it can be dosed together with zeobak without the risk of causing an uncontrolled reproduction.

Secondly zeofood contains nutrients useful to corals, as stated in the zeovit guide: this thesis is supported by an experiment i made for about 2 month dosing zeofood daily (1 drop/200 liters) without zeobak association. The immediate effect was a rapid polyp eversion, meaning that corals perceive nutrients in water and predispose to catch them.

The only side effect of zeobak is that the substances it contains are useful also to cyanobacteria, indeed those photosynthetic bacteria share the same biological niche with “good” bacteria. Furthermore cyanos have on their side the ability to get energy from photosynthesis, this represents a grat selective advantage they use against bacteria. Often the result of this battle is the infestation of the tank by cianos. The best way to get rid of the ciano is to preserve healty and well developed bacterial colonies, in this way the enormously superior number of bacteria put the cianos in disadvantege, since they subtract nutrients from the pool faster and more effectively. 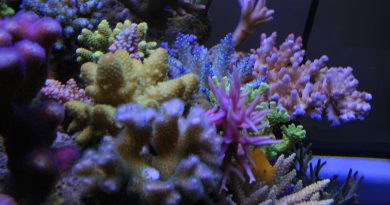 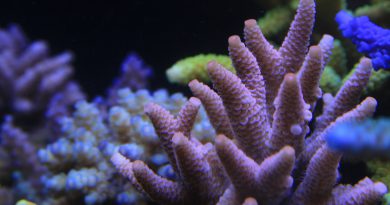