Today we analyze the lighting system universally recognized as the best for enhancing coral coloring: T5 lamps. This technology is available since several years but is still the reference for aquarists who want to reach the top, indeed it is highly recommended for advanced managements.

The great goal of those tubes is their emission of huge quantities of photosynthetic active radiations (PAR), useful to coral. Another good feature is the availability of a variety of color that can be combinet to obtain the perfect light fot each tank. Some recent studies prove that, compared to other lights, fluorescent tubes emit an higher amount of near-UV radiatin that makes coral producing more protective cromoproteins, enhancing natural color, a sort of tan.

The operation of T5 is quite simple, it is a common fluorescent light with superior yield and spectral characteristics, compared to common home fluorescent lights. T5 are operated by high frequency electronic ballasts and have a good efficiency in term of lumen/watt, despite they produce a moderate heat.

We can find different wavelength T5, usually with whimsical names that can generate confusion during the choosing of tubes for our fixture, I try to make some clarity:

– base light: are the so-called white light tubes, usually they go from 8000 to 16000 kelvin, aquarists tend to prefer the range 12000/16000 kelvin tubes which give emission peaks in blue and red, for example ATI aquablue special, ATI coral plus, KZ new generation, KZ coral light.

– blue/actinic light: those tubes emit light over 20000 Kelvin, with peaks in blue/violet/uv, for example KZ super blue, ATI blue plus, ATI actinic plus. Those frequencies can enhance natural coral fluorescence and maximize the expression of cromoproteins.

– custom light: those tubes are characterized by the predominance of a particular frequency, they are projected for maximizing only some colors or fluorescences, usually have a peak in red/pink/uv. A good example is the famous KZ fiji purple, that emit a violet/pink light capable of enhance red and pink corals. Those tube are not fundamental and can be used at aquarist’s discrection, in 1:5 or 1:7 ratio, they should not be used in fixture with less than6 tubes since their contribution to the illumination is minimal and we risk to have a fixture with an insufficient yield or altered colour reproduction.

I close this article with a brief view on which are pros and cons of T5:

– need reflectors since emission is 360 degrees, reflector quality is fundamental 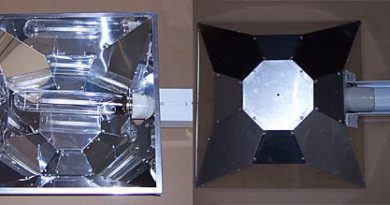 One thought on “T5 lamps”